The Story of the Chapel

Mother Mary Ignatius in Ireland, circa 1939. 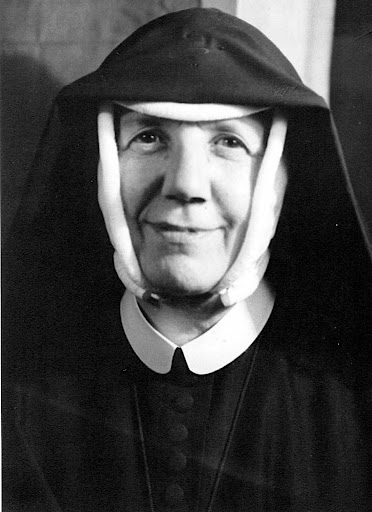 By 1938, over two hundred students lived on a campus that had expanded to include Connelly Hall (1925), Gertrude Kistler Memorial Library (1926), Good Counsel Hall (1928) and Mayfield Hall (1929). Little wonder Mother Mary Ignatius became known by the nickname the Builder. She longed to add a chapel and students began raising funds  in 1928, but the Great Depression delayed the chapel for almost a decade. The majority of the funding eventually came from Cardinal Dougherty, a stalwart supporter of Rosemont College.  In 1937, Mother Mary Ignatius asked Architect George I Lovatt, Sr. to draw up plans for a chapel, only to have the General Council of the Sister of the Holy Child in Rome deny her permission. Finally official approval for a chapel arrived via telegram on March 18, 1939. 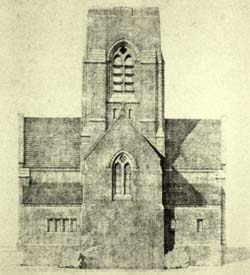 Groundbreaking for the Immaculate Conception Chapel occurred on March 19, 1940, the Feast of St. Joseph. Students in academic regalia witnessed Cardinal Dougherty turn the first honorary shovel. Although originally plans called for first building only a crypt, at the groundbreaking it was announced that the Chapel itself was to be erected.

Groundbrekaing for Chapel, March 19, 1940 MM Cleophas, from Chapel of the Immaculate Conception at Rosemont College Pamphlet

Just ten months after construction began, the Chapel was completed. Pomp and ceremony accompanied Cardinal Dougherty on his return to bless the cornerstone in October 13, 1940.  A brass box filled with photographs of various dignitaries of the Church, Sisters of the Holy Child Jesus, and a copy of the Rambler was inserted into the edifice as a time capsule.

Dedication of the completed chapel on January 9 1941 was a momentous affair, celebrated with the Mass of the Immaculate Conception by the Cardinal and a sermon delivered by the noted Monsignor Fulton J. Sheen.